What I like about this work is that it’s very approachable; there is a universal connection. It helps us to connect to that sense of wonder you have as a child – it bypasses your mind and touches something else.
-Gabriel Dawe

Plexus No. 29 will be in display at the museum until November 2022!

The two translucent structures filtering through the Museum’s skylight appear to be luminous rays of light refracted through a giant prism. Gabriel Dawe’s stunning Plexus no. 29 is a corporeal installation of colored filament meticulously threaded between the Museum’s mezzanine walls and oculus. The artist used a custom-made 15-foot tall “needle” to weave nearly 80 miles of thread in the creation of these site-specific architectural forms above. As each strand is individually passed through a series of hooks, a unified network—or plexus—is formed, which provides the inspiration for the title of the series.

Gabriel Dawe’s work explores the concept of light as a language of symbolism. By making the immaterial material, he reveals the hidden world of organized and structured systems that guide our everyday lives. The vibrant saturated colors span the entire visible spectrum of light, evoking individual parts that make up an intrinsic whole.

Dawe first used textiles in his art as an exploration of architecture and fashion, creating large-scale works out of thread, a medium typically utilized in the creation of clothing. As a child, Dawe was intrigued by the vibrant fabrics in his native Mexico, but social customs did not permit boys to engage in domestic pursuits such as embroidery. The use of thread as the medium for his artistic production is a way of questioning and subverting the machismo and gender constructs that Dawe encountered growing up.

In his inaugural address, Brigham Young University President Kevin Worthen encouraged BYU students to become “elevated and etherealized.” Dawe hopes that as viewers encounter this work they will reconnect with a sense of child-like wonder and contemplate the transcendent power of light. 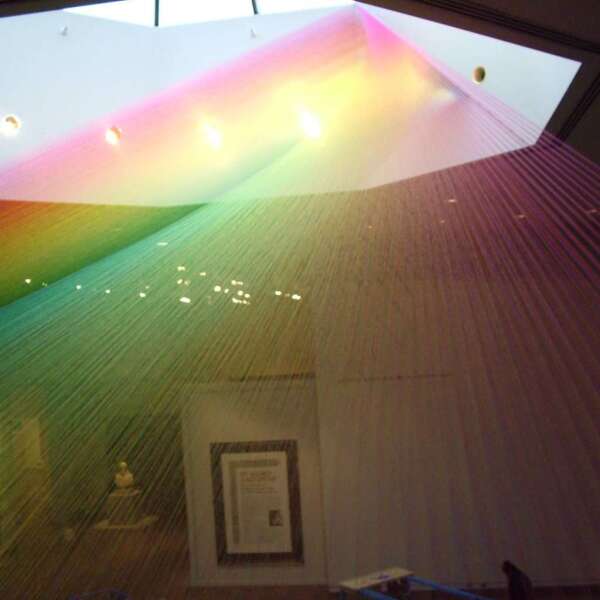 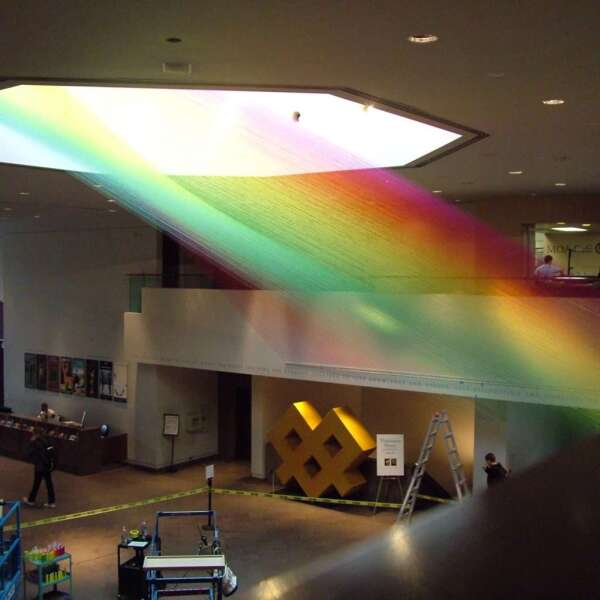 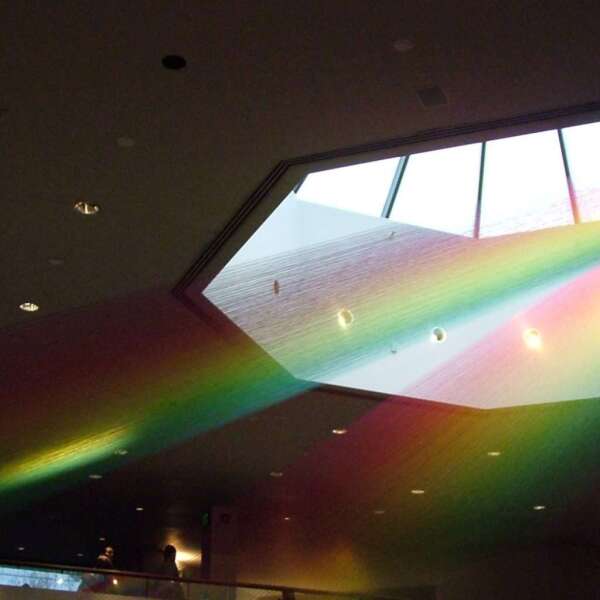 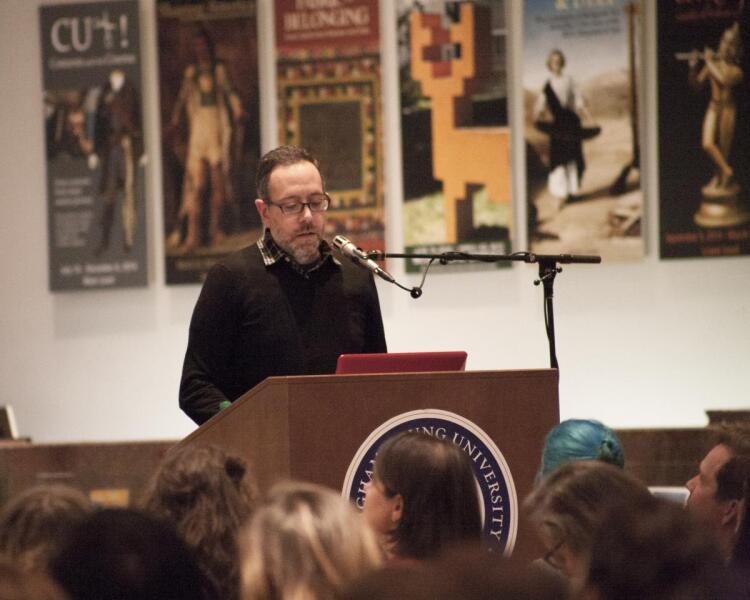 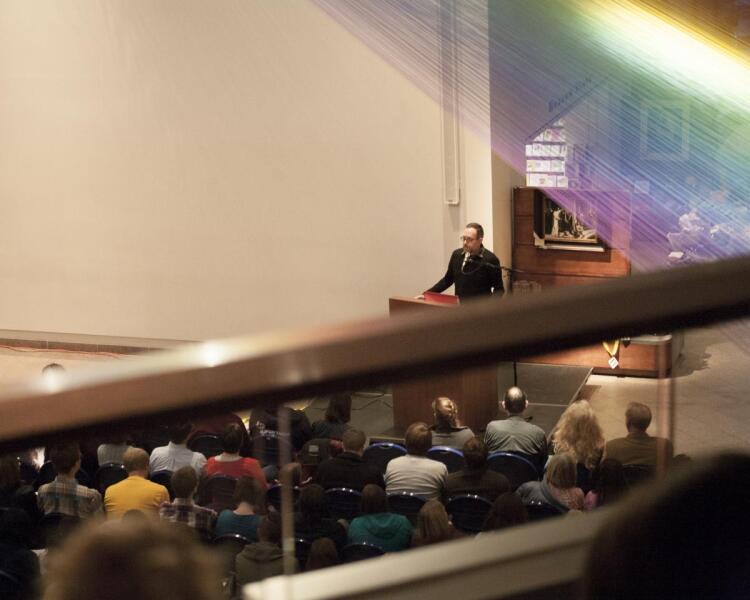 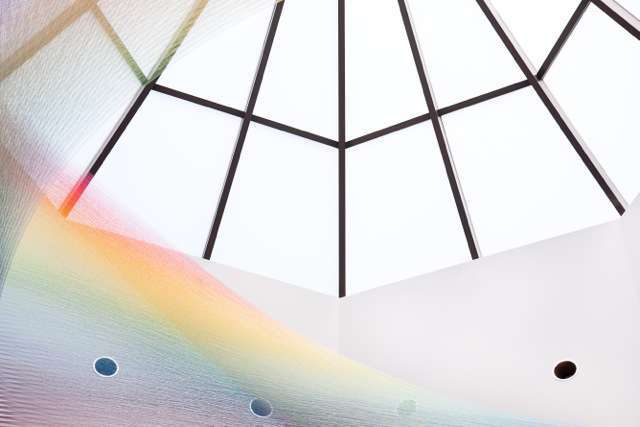